Second place after Budapest, Rome or what locals call it Roma was the place I visited.  Airport is far from the city Ciampino–G. B. Pastine International Airport,  there are direct shuttle buses or you can take trains from Ciampino to Roma Termini which takes around 45minutes to an 1hour may be.

Hotel booked was just near Roma Termini by the name of Hotel Lirico, which was a decent one and just at walking distance. Aura of Rome  made me fall in love with it.

I couldn’t believe, we walked for straight 9 to 10 hrs and saw  many sightseeing place within Rome(thanks to the best skills of my friend with reading map 😉). and ya forgot to mention, danced on the beats of awesome street music.

If you are planning to visit Rome, Hope below helps:

The Roman Colosseum is a testament to the architectural skills of the ancient Roman people and offers insight into the culture that celebrated the gladiator games at this huge entertainment arena. The first bloody fight ensued in A.D. 82, starting a tradition of battles between men and beasts in a public forum with crowds reaching 50,000.

Outside of the Colosseum, look out for the photo opportunity beneath the Arch of Constantine, which was built in 315 to commemorate the victory of Constantine over Marcus Aurelius Valerius Maxentius. To avoid lengthy lines, order tickets online ahead of time — they’re good for 2 consecutive days and include admission to the nearby Forum and Palatine Hill.

The Spanish Steps may be the longest and widest staircase in all of Europe, but that’s not what draws visitors to this popular tourist spot. A Barcaccia fountain bubbles at the foot of the steps while the Trinità dei Monti church rises above the crowds at the top of the steps.

But the best spot is somewhere in between the 2: take a seat in the middle of the wide staircase and watch the city go by as beautiful people hurry into the nearby high-end shops, designer boutiques and restaurants

This fortress on the Tiber River was originally designed by the Emperor Hadrian to be used as a mausoleum for his own family. And it was certainly a resting place fit for royalty, rising above the city with glorious views.

Over the centuries, it moved beyond its original purpose and served as a military fortress in 401 and later a papal residence and even a prison. It’s now a museum where you may tour the apartments and see the statue of the archangel Michael rising above the terrace.

While some may find the displays of bones and skulls a bit on the morbid side, the Capuchin Crypt located under Our Lady of the Conception of the Capuchins celebrates the life of the religious order of the Capuchin friars.

The friars arranged the bones of the deceased into displays and frames for Christian artwork in various spots throughout the crypt including the Crypt of the Skulls and the Crypt of the Resurrection. Not merely a macabre display, these creations tell the story of life, death and resurrection and show a unique interpretation of the church’s teachings of good, evil and eternity.

Travelers’ lore lists various reasons for throwing 3 coins in the fountain at the marvelous Trevi, with benefits ranging from finding love to returning to the city. Once you’ve mastered your art of coin-throwing and wished for the appropriate outcome, take some time to explore this Baroque masterpiece showing the god Neptune riding in a shell-shaped chariot led by seahorses.

And you can feel good about your charitable donation as the money (nearly $3,500 each day) collected from the fountain is used to support food programs for the city’s poor.

Below 2, the most beautiful places and the must go, unfortunately we were not able to make those due to time limitation ☹.  But we made most of the time whatever we saw.

Rome is known for beautiful and charming squares lined with restaurants and open-air cafes. The loveliest of them all is the large public square at Piazza Navona, once the site of sporting events at Domitian’s stadium in A.D. 89.

The square contains 3 fountains, and the largest and most memorable is Bernini’s Fountain of the Four Rivers with each of the 4 statues representing a river from different continents.

Even though it’s located in Rome, Vatican City has been an independent state since 1929 with its own flag, coins and stamps. It even has its own militia, the Swiss Guard, which protects this state, the Pope and the 800 full-time citizens and visiting residents. The first impressive site is St. Peter’s Square itself designed by Bernini in the late 17th century.

As long as you’re dressed appropriately (no bare shoulders or shorts or skirts above the knee), you may enter St. Peter’s Basilica and see Michelangelo’s Pietá, a stunningly beautiful and sad sculpture. Continue up to the roof where you can take in the view of the large square and city beyond. Also contained in the Vatican’s walls, the Vatican Museums hold Italian masterpieces, including Michelangelo’s painted ceiling at the Sistine Chapel. 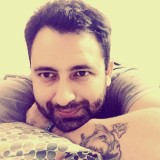 A management professional who loves to write & motivate people. Looking for some like-mind people who can inspire others
More Posts (15)